We see it more and more – people living on water. And not just in rural areas. in London alone, an estimated 10,000 people now live on around 100 miles of the city’s waterways.

The appeal? Well, living on water delivers a sense of freedom in even the most tightly packed and built-up of areas. Indeed, houseboats in sought after locations in the capital can fetch up to £2 million.

Most owners, however, live in more humble surroundings. Not that they mind, the beauty of a narrowboat is its cosiness, its sense of being a self-contained little world. It is becoming the retirement dream of more and more to own one.

To hull and back

We all know that polystyrene floats, but can we really use it for something as substantial as a houseboat? Well, yes. Polystyrene has proved the perfect solution for manufacturing modern houseboat hulls.

Not only can polystyrene be easily shaped, but it is cheap, lightweight, offers  exceptional thermal and flotation performance and does not rot, mould or decay.

Even if polystyrene becomes wet, it has very low absorption. It is never going to become waterbound and heavy even if the hull is breached. It delivers protection against such catastrophe, and with it peace of mind. It’s lightness, meanwhile, means that fuel consumption is reduced. It is a greener solution all round.

Polystyrene’s characteristics clearly make it an ideal material for long-term performance in marine use. But what happens when that boat eventually, inevitably, reaches the end of its life. Well, the polystyrene can be recycled. 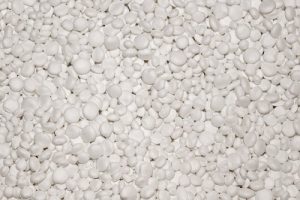 Of course, polystyrene’s relationship with the waterways is well established. It has long been used in  buoyancy aids ranging from simple buoyancy blocks to ‘man overboard’ stretchers and cradles.  If its buoyancy and life-saving properties work in the swimming pool, they are going to work elsewhere. Taking polystyrene to the nation’s waterways is a move that will pay dividends.

Fancy buying a houseboat? You might have to save for a few years first. If the dream does come true, just remember what might well be keeping you afloat beneath your feet.

For all your polystyrene queries and needs, contact Vertapak.