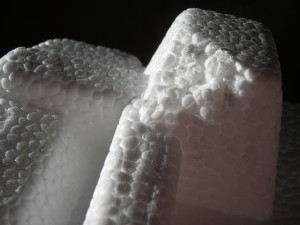 Every month we write a blog article discussing the versatile uses of polystyrene. It never ceases to amaze people just how multifunctional this lightweight material is; take the rail industry as an example.

How does the rail industry use polystyrene?

The construction industry in general has many uses for polystyrene, due to its eco-friendly thermal performance qualities and efficiency in reducing project duration when used. Over the past few years we’ve seen the rail industry take on board (excuse the pun) the benefits of implementing polystyrene products into the construction of rail platforms.

Expanded polystyrene (EPS) and its modular composition is widely used in Europe albeit adoption in using the material is fairly slow in the UK. Not only does the polystyrene carry all the official compliance for safe construction application, approved by European and Network Rail standards, but it also beats established methods for duration times hands down.

Recent quotes from Network Rail about a rail platform extension project in Peterborough, UK, suggests the completion time using polystyrene was a remarkable four times faster than if they had used concrete and two-three times faster than if steel had been the material of choice.

Polystyrene benefits in the rail industry

Despite being 98% air, polystyrene is hardwearing and offers excellent durability against the risks associated with hazardous chemicals. The lightweight material removes the need to excavate a deep foundation and the modular construction allows for quick installation with fewer personnel. Consequently, this reduces risk to workers and greatly improves the consistency and scalability of projects.

According to a report by the Office of Rail Regulation it was stated: “An initial assessment of the reduction in cost compared to traditional platform construction method indicates a saving of approximately £1,100 per metre.”

Throw in the fact that polystyrene is recyclable and achieves an A+ summary rating in the BRE Global Green Guide to Specification then it ticks all boxes in our eyes.

If you are looking to explore the possibilities of polystyrene please feel free to contact us on 01384 457730.